To come to St-Henri is to discover a real gold mine in terms of music. The neighborhood bars and theaters present, in an intimate format, a host of artists from the emerging local scene who will touch and transport you. Fans of rock, blues, jazz and folk, listen and let yourself be transported by the words and melodies of local artists. There is talent in St-Henri!

It is easy for Saint-Henri to find a bar or a small auditorium to attend a musical performance. Whether you’re looking for rhythmic variations, jazz improvisations or a performance of a songwriter-folk, this neighborhood invites you to vibrate. The bars Loïc and Luncheonette are among those that regularly invite artists to perform. In this district, your evenings and even your brunch will be punctuated by the music. 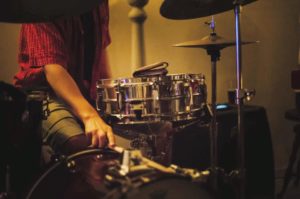 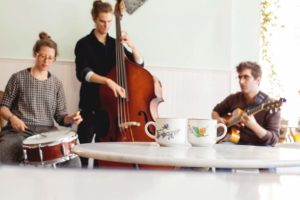 The success of these musical performances cannot be denied by the number of people who gather to listen to the covers of great classics of rock’n’roll or the original pieces made by the talented artists performing in the world. district. Little secret: it is even possible to find a high-level open mic (Bar de Courcelle) where the artistic fauna of the neighborhood and surrounding area – often very folk and anglophone – gathers until late, very late. Come to St-Henri to discover emerging artists before all, and have the chance to see them perform in an intimate and casual setting. 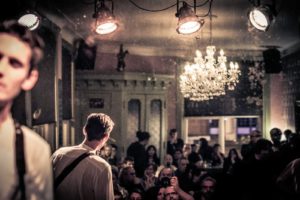 For ten years, the St-Henri district has been home to the very popular and family-run Folk Fest on the Canal. Launched in order to give local and international artists of traditional, folk and bluegrass music a major summer scene, the festival now attracts more than 30,000 spectators. Since its inception, the festival has seen several world-renowned artists perform on stage, including John Sebastian of Lovin ‘Spoonful, Peter Yarrow (Peter, Paul and Mary), Tim O’Brien, Jim Kweskin, Tom Rush, Eric Andersen and Roger McGuinn (The Byrds). Neighborhood traders even join the event and display their colors in the windows of their store. During the festival, the neighborhood becomes resolutely folk. 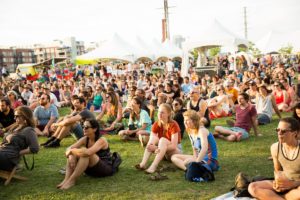 Dive into the South American cuisine

The Mexican, South American or Latin American cuisine is well represented in St-Henri. The are [...]

Did you know that St-Henri is one of the longest pedestrian walkways in Montreal? A well-kept [...]

It is easy for Saint-Henri to find a bar or a small auditorium to attend a musical performance [...]