Out to discover the past

With its rich history of architectural heritage, Griffintown offers a captivating journey through time.

The beginnings of Griffintown :

It was in 1832 that Griffintown was officially founded. Two huge construction projects, the Lachine Canal in 1825 and the Victoria Bridge in 1847, pushed a large number of people, including a wave of Irish immigrants, to come live there. In 1845 and 1850, two serious fires ravaged the neighbourhood putting thousands of people on the street. In addition to the fires, an economic crisis plunged the neighbourhood into a state of extreme poverty. 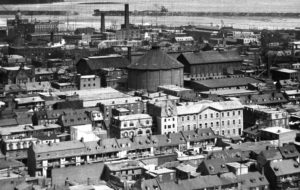 The legend of the ghost of Mary Gallagher :

At this same time a legend is created, the story of a young prostitute, Mary Gallagher, murdered by her roommate Susan Kennedy in a very unorthodox way on June 27, 1879 while reproaching her for stealing a customer. The story, raised to the status of folklore, tells that the ghost of this woman returns every seven years to Griffintown in search of her head that was lost in unfortunate circumstances. Stop at the corner of William Street and Murray Street to see the marks in the ground, forming a distinctive square, represent the place where the Mary Gallagher’s building once stood. 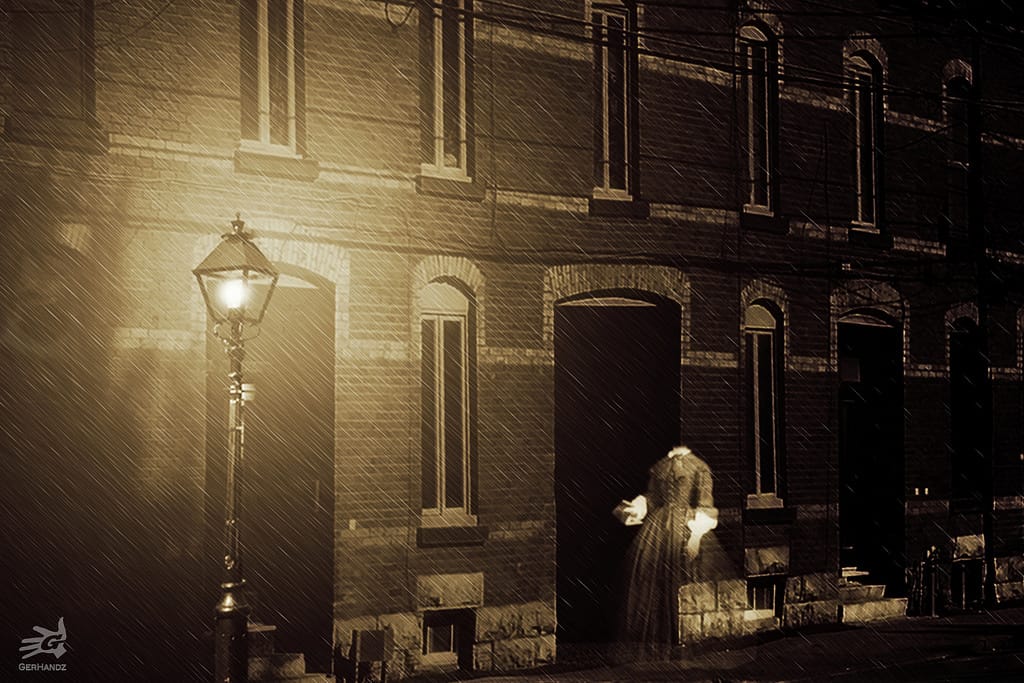 Wellington Control Tower is an invaluable heritage building to visit and to immerse yourself in the history of Griffintown. Located at 1230 Smith Street, it was once the most important railway switch tower in North America. Today, this building is at the heart of a revitalization project that consists on a new promenade that surrounds it and the refurbishment of the Tower as a cultural incubator for Design and Industrial History. 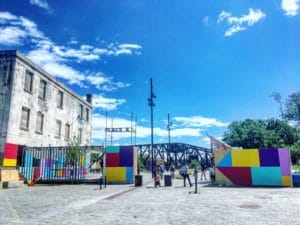 Enjoy the proximity of the Lachine Canal, located next to the tower, to walk or bike, explore the large pools and more than two kilometers of paths.

A long-time leader of in being home to accomplished artists and emerging creators, Griffintown [...]

The district, which has experienced a real gourmet boom, now invites Montrealers and tourists [...]

In 2017, the SDC – Les Quartiers du Canal, due to the exceptional concentration of shops [...]